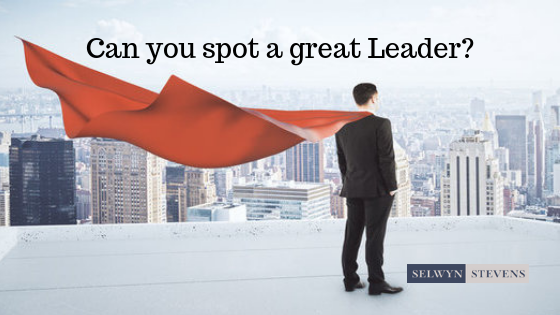 Warren Buffett, chairman and CEO of Berkshire Hathaway, captures the world’s attention with simple wisdom that stretches far beyond wealth and investment.

The billionaire’s hiring advice, for example, should be common sense for any organization choosing which leaders it will hire and promote to higher ranks. But, truth be told, Buffett’s advice is not common practice in the age of narcissism. He said:

We look for three things when we hire people. We look for intelligence, we look for initiative or energy, and we look for integrity. And if they don’t have the latter, the first two will kill you, because if you’re going to get someone without integrity, you want them lazy and dumb.

So it’s time to hold up the mirror. Do you hire for integrity?  The pinnacle of a person’s character should be explored in-depth but is often overlooked in interviews, which can be costly later, especially in upper levels of the hierarchy.

Here are six reasons why you should consider basing your leadership hiring decisions on people with integrity.

1. An orientation toward the truth.

The ability to connect with others and the ability to be oriented toward the truth are two non-negotiable parts of a person with integrity. In essence, this is someone who will leverage both abilities to operate from honesty, embrace change, reject wrongdoing, and get real results.

2. Practicing what you preach.

Leaders walking the talk of integrity follow through on their commitments and deliver on “doing the right thing.” Of course, they allow room for mistakes and failure (they’re human, after all), but they hold themselves accountable to a high standard absent of outside influences.

Leaders with integrity know they’re the experts and understand the power they possess. What they don’t do is take advantage of their status and hog the spotlight. They make a constant effort to praise and acknowledge an employee’s contribution; they give them credit for exceptional work.

4. Being generous with their time.

Leaders with integrity make it a top priority to know their people in order to grow their people. They spend considerable time pouring into the lives of others through mentoring and by exposing them to new responsibilities that will stretch their development.

5. Cutting through conflict to solve problems.

Conflict is unavoidable when human beings are involved. Rather than being passive-aggressive, leaders with integrity are aware that cutting through conflict with active listening skills to understand a situation from all angles is a much faster solution to resolving an issue than running away from conflict and avoiding people.

6. Putting away the mask.

A common tendency for people at work is to put on a mask that hides who they truly are when faced with difficult people or situations. A leader with integrity shows up with her best and most authentic self; she’ll face difficult people and situations with unfettered, emotional honesty and transparency.